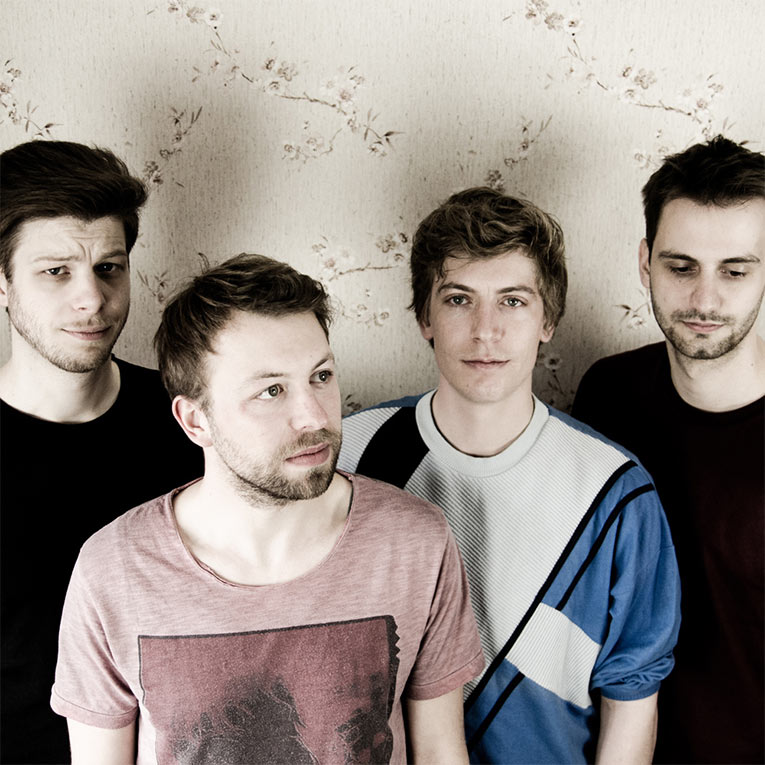 Between a small catholic church, a meadow orchard and an old wooden barn owned by Uncle Max originates music that tempted even world-known musicians to sweetest praise. Unlike their sociopathic eponym, the Swan King Ludwig II of Bavaria, Ludwig Two are quite aware of their provincial origin, aside from the fact that their music is made for large international stages.

The title “Goodbye Loreley” wants to be understood programmatically. The Rhine siren symbolizes the eternal tension between lovers, which naturally implies some danger. Danger to hurt yourself or the other one. With the new album Ludwig Two deal the last time with the manifold and for musicians inevitable subject of love: From nihilistic-narcissistic song Love has lost (“Can I hold your hand? I’m playing in a band”), to masochistic-reproachful Goddess (“You have teeth, I have flesh, rip it off”) up to the megahorny Looney Eyes (“Blood is rising and won’t stop”). Thematically, the four Bavarians cover a wide range, without ever being overdramatic. Melancholy and desire neither are extoled only romantically nor are they mere effect. This record doesn’t claim completeness for the subject of love, but it concludes it for the Ludwigs. They dismiss the minnesang with an homage to a legend of bygone ages: Goodbye Loreley.

The production succeeded to give every song the right treatment that it needs. Each song is so well designed, that it doesn’t irritate one not at all to hear quite different styles of music on “Goodbye Loreley”. Downhill’s Florida-electro-feel stands equally besides the Classic Rock number What feels like home. Even the Reggae offbeat of Catch Me harmonizes naturally with sexy Indie Pop songs à la OK Go like the track Remember. The collaboration with their label Magic Mango Music improved hugely since their debut “Heads under Water”. Ludwig Two were never as sure of their sound.

This achievement didn’t fall from heaven, but formed through hard work over long years. The performances at many festivals (Chiemsee Summer, Humulus Lupulus, Audi Rock Pop and much more), the support shows for LaBrassBanda (Hamburg, Bremen, Flensburg, Munich, Hannover etc.) and the numerous concerts in German clubs made Ludwig Two a band, which enthuses both in small locations and before thousands of people. No wonder LaBrassBanda front man Stefan Dettl announces Ludwig Two as the Bavarian Rolling Stones and Toto drummer Simon Phillips comments their support show before an audience of 8000 with the words: “You killed them.”

“Goodbye Loreley” will be released on February 19th 2016 at Magic Mango Music.