Nick And The Roundabouts
Neverhome
25.03.2016
My Redemption Records / CARGO 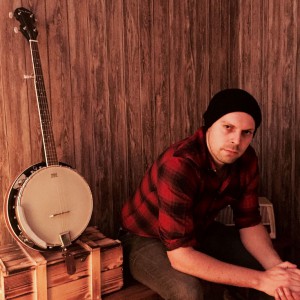 A few decades ago, it was pretty common for artists to release an album every year. Nowadays, releasing three albums in three years is a pretty unique thing to do. For Nick Sauter, it is simply something he just HAS to do. “I constantly write songs. It‘s just what I do. And as long as there‘s no writer‘s block in sight, I‘ll keep relea- sing music“, says the Welsh-born Singer/Songwriter from Munich.

Having said that, it is only logical for Nick And The Roundabouts to release their third record in three year. Having released two critically acclaimed records in 2014 and 2015, with Rolling Stone calling the group „one of the most promising Americana acts around“, their new effort NEVERHOME is the final proof that Nick and his comrades have found their very own unique sound – somewhere between the intensity of Ryan Adams and the mellow wistful optimism of Mumford & Sons on their early records.

Watching Nick And The Roundabouts perform live is an experience that is as touching as it is inspiring. Over the course of the past three years, they have been on tour supporting well-known Folk and Americana acts such as Katzenjammer, Jesper Munk, Baskery, and Israel Nash. On their first-ever headline tour, they found them- selves playing sold-out venues every night. Furthermore, Nick And The Roundabouts have won over many new fans by playing exciting sets at various festivals.

On their new record Neverhome, Nick and his mates play their very own version of Country-induced Folk Pop music. Songs like Dylan Songs, Too Late Too Soon and Long Gone show just how timeless contemporary music can be. After all, the attributes defining great music have not changed over the past few decades: Honesty, authenticity, and of course: wonderful songs.