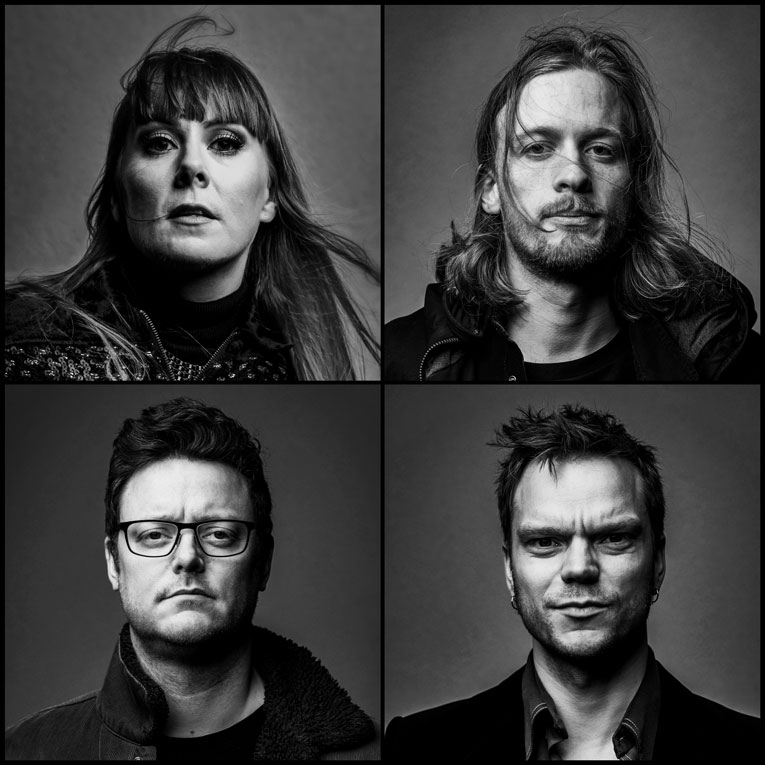 The fifth album from Norwegian band PRISTINE showcases the band’s consistent development and increasingly diverse influences. Heidi Solheim, the band’s lead singer and creative mastermind from Tromsø, spanned a wide musical and lyrical range to write eleven songs for “Road Back To Ruin” – the band and her voice are the album’s common threads.

The singer says the album title, “Road Back To Ruin,” emerged out of frustration. Her dismay grew as she watched social conditions be pushed in alarming directions by certain values and attitudes. Like when she saw influential people use fear of “the others” to gain power. People are planting seeds of mistrust and building walls – all things that have been repeated throughout history – and yet society seems to be running full throttle into this trap once again. According to Heidi Solheim, she is wary of the mindset that arises when a lack of generosity and empathy grows into hate. It’s not without reason that the last sentence of the album credits reads: “Take care of each other. Be generous, including and kind.”

“Road Back To Ruin” was recorded at Paradiso Studio in Oslo with producer Øyvind Gundersen and technician Christian Engfelt.  The basic tracks were recorded live, and the drum sound was characterized by much heavier use of room microphones than on previous albums. The resulting sound is authentic and big, capturing a perfect snapshot of PRISTINE’s phenomenal live energy.

The song “Sinnerman” was written during the 2018 tour, and its intensity makes it the perfect album opener. The title track barrels towards listeners with a massiveness that gives the song real weight. As does “Blind Spot”, a song that includes a short intro performed in Arabic by Syrian singer Racha Rizk, which is followed by powerful riffs from Espen Elverum Jacobsen, PRISTINE’s guitarist and the band’s “secret weapon.” “Cause & Effect” is at the other end of the spectrum; this track was recorded with the 20-musician string orchestra “The Arctic Philharmonic”, which gave it a 007 vibe. And then there is the truly atypical but wonderful “Your Song” inspired by Neil Young’s acoustic recordings.

Heidi Solheim, Espen Elverum Jacobsen (guitar), Gustav Eidsvik (bass) and Ottar Tøllefsen (drums), form the multifaceted core of the band, playing together with finely-tuned mutual musical understanding. Anders Oskal and Hansi Enzensperger added a distinct Hammond sound to the album as studio guests. We will be able to experience the Norwegians’ high-energy live shows again in 2019.

After the albums “Detoxing” and “No Regret” were released exclusively in Norway in 2012 and 2013, “Reboot” followed in 2016 as the first PRISTINE album released beyond the borders of their homeland. “Ninja” then followed in 2017 as the first world-wide release on Nuclear Blast – now followed by “Road Back To Ruin.” All albums are available digitally, on CD and on vinyl.