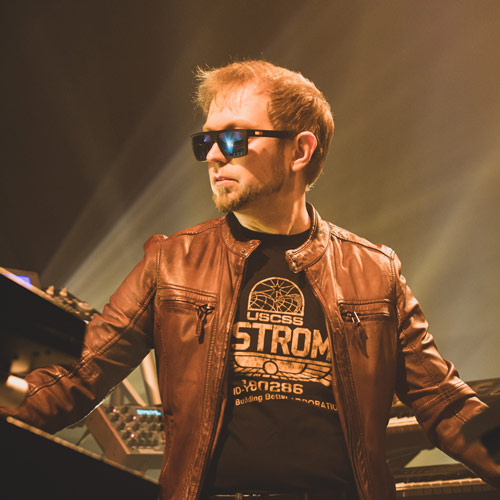 Kebu is a synthesizer wizard from Finland, who creates new instrumental, melodic music using analogue synthesizers only. His music is distinguished not only by a skillful treatment of analogue synthesis but also of an audience-captivating live performance – a phenomenon that has attracted over 70 million views on his Youtube channel and fans from all around the globe. Kebu was awarded the Best Artist Award in the German Schallwelle Music Awards in 2018.

The new album is also a celebration of power ballads and soft rock beats from the eighties – essentially music that surrounded and influenced Kebu when he was young. Instead of being nostalgic or witty about it, Kebu crafts the music like the world never moved on past that decade.

Again, Kebu is pushing the limits of what can be done with analog synthesizers – similar to Kebu’s earlier releases, “Urban Dreams” was recorded using only analog synthesizers and analog drum machines. Kebu composed, performed and mixed the music himself. Right now, Kebu performed a streaming concert in September and will head back out on the European roads in spring 2022.

Music videos from the new album: