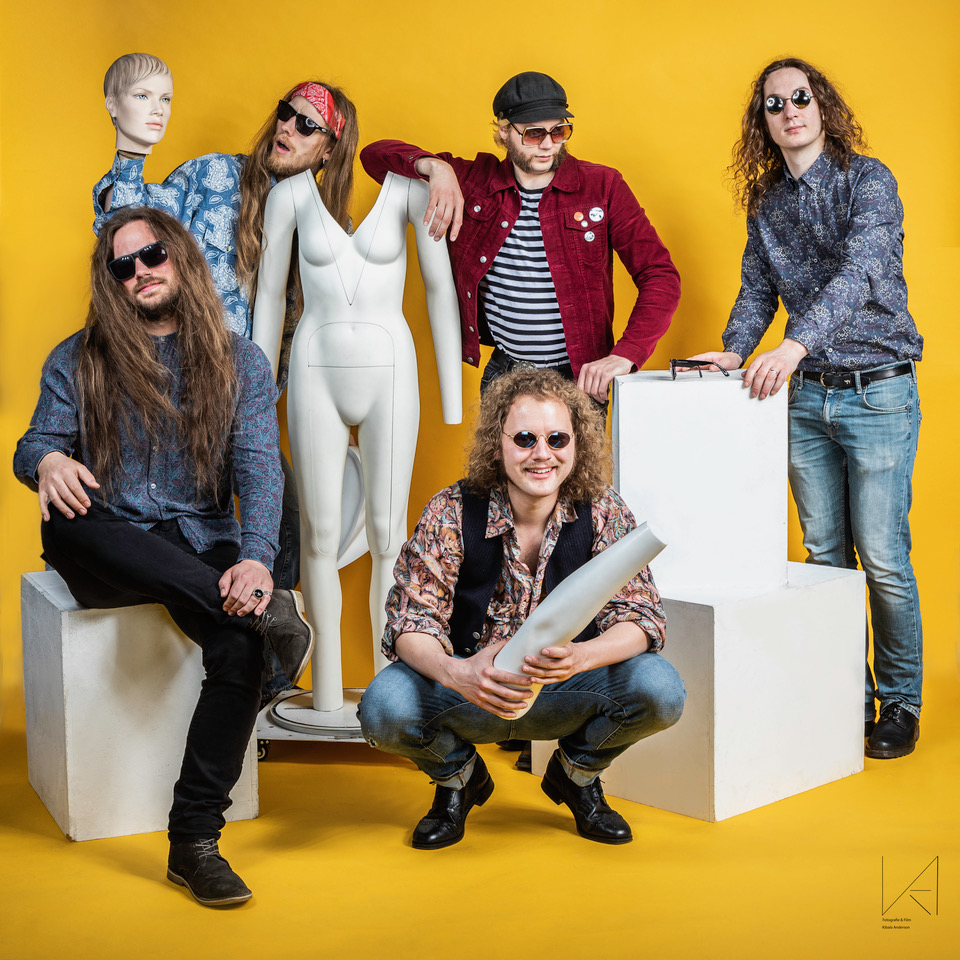 Smokemaster is a psychedelic rock band from Cologne. Their musical spectrum ranges from slow and spherical parts that are reminiscent of Pink Floyd to colourful jam parts that remind you of The Doors or Colour Haze.

Their first self-titled album starts with gentle tones. The first song Solar Flares starts quite slowly and takes the listener on a musical journey. However, this dream-like journey abruptly ends when they speed up with their song Trippin’ Blues which is a blues-rock song. This is the first time on the album that singer Björnson Bear presents his warm voice.

Ear Of The Universe is the third and longest song on the album. It’s about ten minutes long and as intense as Trippin’ Blues. It starts as a mid-tempo krautrock number, however this changes and the song evolves from colourful jam parts to an epic kind of post rock song. This is also the point at which the LP ends.

Side B starts with Sunrise In The Canyon, a song that might remind you of Tarantino‘s Wild West movies. With song number 5. Astronaut Of Love, Smokemaster dives into real stoner rock, starting with a fuzzy bass riff which is later supported by heavy guitar. It is the last time on this album you will hear Björnson Bear‘s warm voice. The song ends with an epic and massive organ.

The last song, Astral Traveller, is a 60s or 70s heavy psychedelic song that is moving forward constantly before guitarist Jaystarts with a solo that sends you to a far away universe – or to another dimension.

The band was extremely happy about being able to work with the sound genius Eroc, who is widely known as the drummer of the German band Grobschnitt. Grobschnitt is one of the bands of the golden age of krautrock. With his dedication and commitment Eroc gave the album the brilliance and power Smokemaster wanted to have.

The first single, Astral Traveller, will be released with a video that was directed by psychedelic artist Larry Carlson from New York.