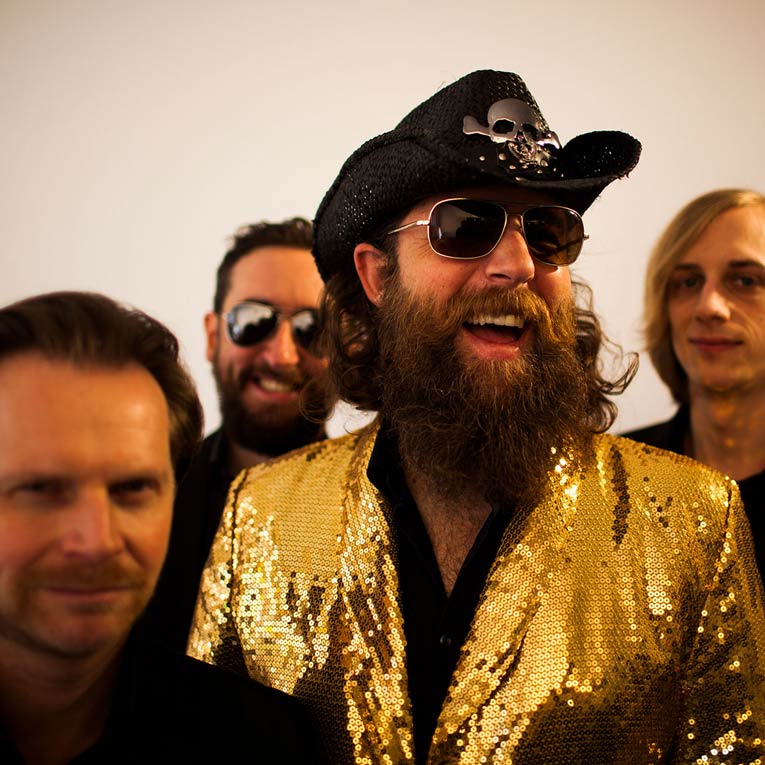 An epic band steeped in the best traditions of good ol’ rock ‘n’ roll with hints of influences from old school hard rock and classic stoner rock. This tenacious four-piece was first established back in January 2014, in Munich, Germany, by Thorsten Rock (former Malfunkshun) (guitars and vocals) and Stefan Tönjes (drums) with the sole objective of creating a sound that embodies their passion for the music they have loved and lived all of their lives.
Completing the Great Wall of Sound came Alexander Pozniak (guitars) and Basti Philipp (Bass).

The Legendary has been compared to the likes of Queens of the Stone Age, Monster Truck and ZZ Top. Their unique brand of hard rock is reminiscent of a beautiful distillation of Ozzy era Sabbath, classic Zeppelin, early Guns n’ Roses, and a contemporary blend of Black Stone Cherry; fusing the gap between the bands that inspired them and mainstream pop/rock; causing even the most casual listener to start moving to the beat of their infectious sound and singing along to their catchy choruses

Their debut live concert in May 2014 was a great success which garnered them an ever growing rabid fan base that is always left wanting more. And, like any band worth their salt, The Legendary adores their fans and giving them what they crave. The ferocious three forged ahead to give their fans just what they wanted in the shape of their first six song EP ‘Pirates’. This sonic kraken was unleashed to the masses just a few short months later in July 2014.
Over the course of the year that followed, and due to the nature of a rather challenging live music scene in Munich, The Legendary played only nine more gigs before they were offered the main support slot to Tito & Tarantula on their 22 date European tour in April 2015, where they were met with excellent feedback, counting the whole tour as a great success.

In March 2015, The Legendary released their latest single, “Kissin’ Kate”, with two belters. Summer 2016 they recorded their debut album “Let’s get a little high”, to be released in May 2017. In November 24th 2016 they already released the excellent Single ‘Half A Devil’ with a stunningly disturbing and at the same time funny music video which got premiered on Classic Rock Magazine germany, and immediately made it into Rock Hard and Visions magazine, the biggest rock magazines in Germany.